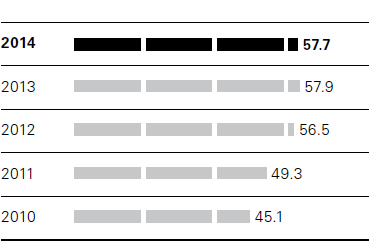 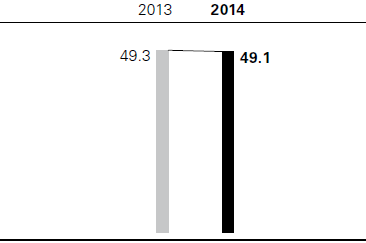 The license business showed stable development in fiscal year 2014. The products produced by partners include fragrances, eyewear and watches. As in the prior-year period, sales with external licensees came to EUR 58 million (2013: EUR 58 million). License income from fragrances fell slightly compared to the prior year. Double-digit growth in women’s fragrances was compensated by decreasing sales in the area of men’s fragrances. In license income for watches, in contrast, a double-digit rise in sales was recorded.